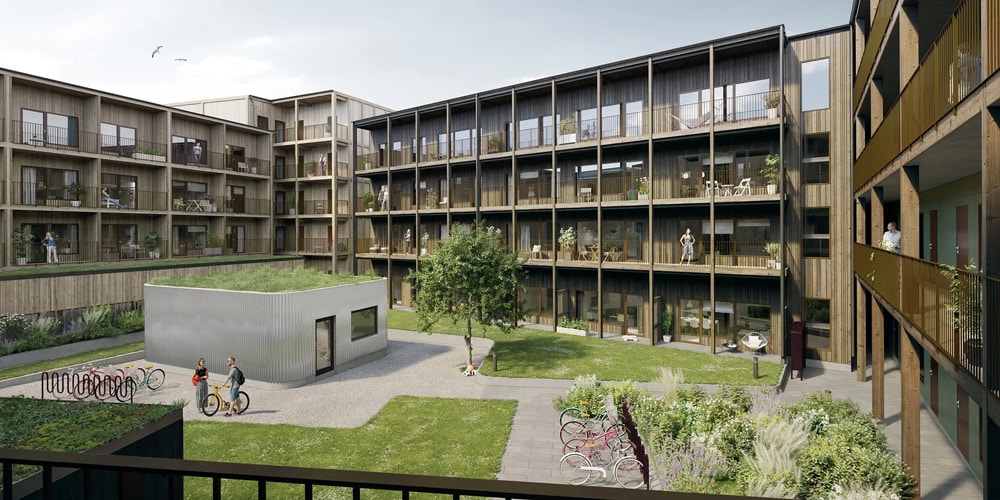 Grundingen Fastighets AB has entered into an agreement with Trenum AB regarding the sale and financing of its Söderport rental apartment project located in Norrköping, comprising 121 apartments.

Property company Trenum AB, jointly owned by Balder and the Third Swedish National Pension Fund, also holds an option to acquire two additional stages in the project. Including the option, the deal comprises a total of just under 400 rental apartments. Angermann has acted as Grundingen’s financial advisor in the transaction and AB Lejonstaden has acted as technical advisor.

”This is a project that we have been developing over a period of time and it feels extremely gratifying to initiate this collaboration with a strong company like Trenum, that has a long term perspective in their investments”, says Göran Johansson, Chairman of the Board of Grundingen, in a comment.

Construction start for the Söderport project is scheduled for the second quarter of 2020 and the first stage is expected to be completed in 2022. AB Lejonstaden is engaged for the continued development including the subsequent project stages. In total, the transaction has an underlying property value of approximately SEK 240 million, including investment grants.