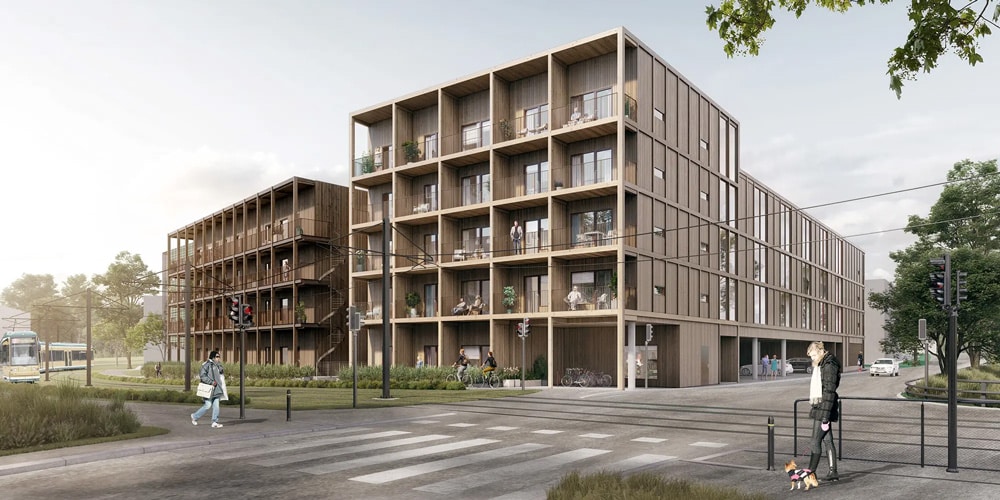 Peab has been contracted for the building of Söderport

Grundingen Fastighets has commissioned Peab to build the first 121 apartments in the Söderport project, located in central Norrköping. The agreement is worth SEK 145 million and is a turnkey contract with construction scheduled to begin immediately. In addition, a Letter of Intent has been signed between Grundingen Fastighets and Peab for the construction of another four blocks.

The first stage of the Söderport project, the ”Balkongen” block, comprises new production of 121 rental apartments in six buildings with exterior corridors. The residences consist of smaller and space-efficient one, two and three room apartments ranging from 35 to 79 m2. Green inner courtyards with room for active spaces where residents can do sports like boule or basketball will be built in between the buildings.

Söderport is located about fifteen minutes walking distance from the center of Norrköping and is directly connected to the new tram system. This enables an attractive combination of city life and access to nature and sports arenas.

The first residents are expected to move in during early summer of 2022.